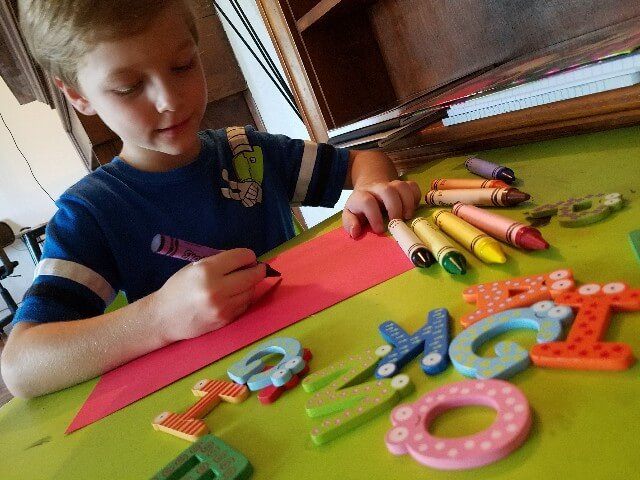 Why do some kids run away from a piece of paper and a pencil as if it will come to life and chase them? Later, you find this same kid creatively drawing tiny circles all over their favorite stuffed cat.

“Look Mom. He’s a leopard now,” beams my little Picasso. You have to be proud of that; at least he’s creative.

If your kid would rather eat spinach than draw a straight line, you may have yourself a reluctant writer. Reluctant writers just need a little enticement; something that they simply can’t resist trying for themselves.

Here are some irresistible pre-writing activities for kindergarten kids that would entice even the most reluctant of writers.

1. Write in the air and dance

Put on a little music and watch a child begin to move. They just can’t help it. So why not go with the flow?

If your child has a favorite alphabet song, and you can stand hearing it one more time, put it on for them while you draw the letters in the air. I’m almost sorry for even suggesting it. Come on, Mama, do it for the children.

This kindergarten pre-writing activity takes a lot of focus and effort and really works the muscles needed to properly grasp a pencil.

Here’s an ingenious way to have your cake and eat it, too. You can get your reluctant writer writing and you reaping the benefits in the form of chocolate cake.

Purchase some frosting in small tubes. These are easy for chubby little fingers to grasp.

Have your child decorate a cake with the tubes of frosting. They can draw anything they want or even spell their name. This can be a fun writing activity for kindergarten when they know a few letters or even words.

Enroll your child for the Atlas Mission and let your child play with this award-winning educational program. Your child will become better at writing without even realizing it!

Okay, I must admit that I love to play this one as much as my kids.

Cut a piece of butcher paper to fit the bottom of a pan. I like to use a 11X15 sheet cake pan.

Draw a simple race track (or an elaborate one if you are daring) on the butcher paper and tape it into the bottom of the pan using double-sided sticky tape.

Put 2 small, metal cars on the pan and hold a strong magnet under each of them. As you move the magnets, the cars can “race”.

Encourage your child to stay between the lines of the track. This is called trrracing. Get it? Tracing?

5. Coloring with both hands at once

It is fairly common for kindergarteners to be ambidextrous. This can cause frustration as they try to figure out which one is their dominant hand.

Allowing your child to color a picture using both hands at once will soothe their frustrations. It will also help strengthen both hands until one becomes dominant.

It’s not just kids who play with their food. My husband taught our children how to check if spaghetti pasta is done by throwing a piece of it onto the wall. If it sticks it’s done.

While I don’t endorse my husband’s primitive methods, using spaghetti to teach fun writing activities for kindergarten is a great idea.

Give your kids some cooked, cooled spaghetti pasta and let them form letters and shapes with it. Tell them not to throw it on the walls, though. That’s gross.

I have many fond memories of taking my kids puddle jumping after it rains; muddy clothes, muddy floors, etc. Ah, good times!

Take advantage of muddy days and let nature do the teaching. Give your child a stick and show them how to draw pictures in the mud. It’s nature’s own pencil and paper.

Fill a clear plastic bin with white string lights, plug the lights in, and put the lid on. Now, you have a great tracing table.

Place any picture on the box and place a piece of paper on top of it. The picture will shine through and the kids will love tracing this way.

There are nine basic kindergarten pre-writing strokes that kids will eventually need to master. 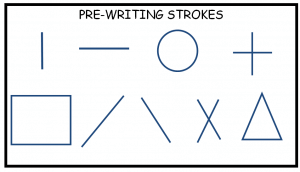 Precisely placing these strokes on a tiny piece of paper can seem daunting to someone who counts hopscotch as one of their top skills.

Sometimes a larger scale is needed. This is where poster board comes in.

Give your child some finger paint and a piece of poster board and ask them to make straight lines or X’s and it’s simply…fun.

10. Build letters with their favorite toys

Every child has a collection of small toys that are their favorites. Get out the collection and show your child how to arrange the toys in the shapes of words to spell their name.

After they have successfully completed a word, have them trace over it with their hand, following the path of each letter that their toys have made.

In the meantime, hide the markers.

Pre-Writing Skills for Preschoolers to Encourage Your Little Author

5 Kindergarten Writing Activities to Excite Your Child to Write Today! 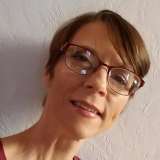 Jill Cain creates educational content for the Atlas Mission. She has 20+ years of experience homeschooling her 6 children aged 4 - 21 and enjoys helping parents around the world in their homeschooling journeys.