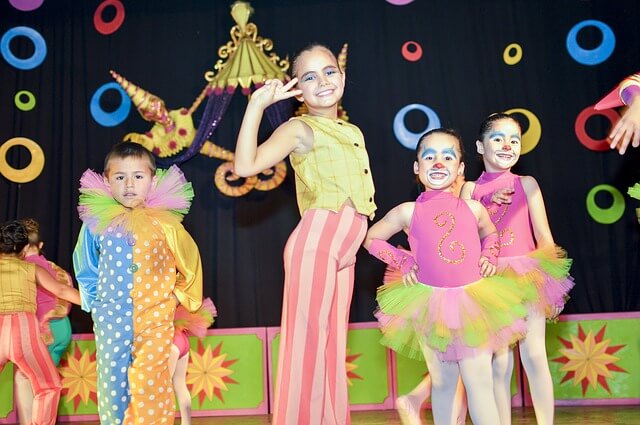 One of my sons detests writing. He can read and listen to lessons all day, but when it comes time to write, he enters battle mode.

After all, he doesn’t need to learn how to write to play video games, send a message to his Mamo, or demand to know what’s for supper (maybe I should make written requests a thing, ha!).

But we can show them that learning to write is about more than putting pencil to paper. It is about forming ideas and using words effectively for a variety of purposes.

Kids do need to learn the skill of writing because it will be the easiest way for them to independently put their thoughts down. But we can get them interested in that by pairing it with these kindergarten writing games that let them see how much fun writing can be.

This is simple and so much fun! All you need is a die to roll. Show your little one how to play by having him choose a word. Now, you roll the die and try to come up with that number of words that rhyme with it. Then, it’s your kid’s turn!

You might be surprised at the creative side of your kid that comes out to win this game – what the heck is a bamobadoodle?? If he makes up a word, that’s fine – just ask him to explain what it is. Hilarious, I tell you.

Obviously, rhyming is used in many different kinds of writing, and this game also provides practice accessing a broad range words. You can also switch this up and do words that start with the same letter for some beginner practice with alliteration.

Did you ever do those goofy part of speech stories when you were growing up? One person asks the other to name a noun, verb, color, etc. and fills it into a story template – which the other hasn’t seen.

Then they read it, and usually, it is a lot of absurd fun that is perfect for kindergarteners.

This game is pretty much the same as that. First, make a story template by writing out a simple story but leave out some of the main words – characters, places, etc. Also include a good number of blanks for describing words.

Then, you and your kid are going to come up with some words together to write on color-coded pieces of paper. For example, nouns could be blue, verbs could be red, etc.

If your little one doesn’t know the formal names for parts of speech, just use categories they understand – person, color, action, etc. Under the blanks on the story template write the color of the word category needed. Make sure you include both of your names in the people category.

Now, have your little one pick words from the corresponding categories to fill in the blanks!

Want a real challenge? Try to read it to your kid without laughing. Kid challenge – make an illustration for the story.

I love a cloudy day, and I will often try to jostle my kids into loving it with me by telling them to look at the clouds and find pictures. Fun fact: 12-year-olds think they are way too cool for that. Fun fact 2: Kindergarteners think it is awesome!

Get out a blue piece of construction paper and slap a glob of white paint in the middle. Now, fold the paper in half and let your little one smoosh the paint around with it folded. Mess-free art? Sure, thanks!

Now, open it up and have your kiddo come up with as many different pictures as she can see. Write these words down on a separate piece of paper and let her copy them on the cloud painting. Mess-free, LOL.

I know it’s more of a writing activity than a die-hard game, but it’s worth it for the practice interpreting abstract things with words AND handwriting practice.

You might not have a brand new, enormous, stuffed elephant or whatever to give your kid for this game, but it is so much fun he probably won’t notice!

Grab some plastic cups and use a marker to write a word on each one right under the top on the inside of the lid. The challenge will be coming up with synonyms for those words, so you might want to keep that in mind while picking words.

Put all the cups on the floor close together and tape them together, so they don’t fall over. Now, have your kid toss a coin or other small object to the cups. Tell him to come up as many words as he can that mean the same thing as the word on the cup the coin landed in.

Encourage him to think of words that mean almost the same thing as well, so he doesn’t get frustrated.

You can also write down the words he comes up with (dry erase boards are good for this) to provide an opportunity for him to explore those words more later, maybe copying them down or trying to use them in a sentence.

Enroll your child for the Atlas Mission and let your child play with this award-winning educational program. Your child will become better at writing without even realizing it!

As adults, we take punctuation so much for granted that we forget how powerful it really is. Get your kids to appreciate this tool – and get a bit of exercise – with this game.

On some different colored pieces of paper, draw one big punctuation mark on each. It doesn’t matter much what the colors are, but in my brain, red makes sense for the period and yellow for the comma. Pick two other colors for the question mark and exclamation point.

You might want to get outside for this one. Here’s how it works. Your kid will stand a good bit away from you but close enough to see the “signs.” When you say go, she starts walking toward you.

If you hold up the period, she stops. Comma means walk slowly. Exclamation point means jump up and down, and question mark means stop and ask a question. When a sign goes down, she continues walking again.

Once she gets to you, guess what? It’s her turn to hold up the signs. Yay for exercise!

If your kid has some kind of little tricycle or bicycle they ride outside on, you can set up a little track for this game by outlining a path with sidewalk chalk, flower pots, or shoes. Yeah, we live in Oklahoma. Do you know what the mud is like here? Shoes end up outside regularly.

Anyway, you can also make a running track the same way. Then, position yourself to be the tollbooth or gate. When mini race car driver or track superstar gets to you, tell them they cannot pass unless they answer a question with a whole sentence.

You can switch places with this one too, mwahaha!

If you are out of breath from the punctuation or toll games, this one’s for you! No set up here – just sit down with your kiddo and go back and forth saying opposites. You say a word – she says the opposite. Then she gives you a word, and so on.

If your little one gets stuck, tell her the correct word and write it down on a piece of paper for her to try copying – this is great for building vocabulary.

This one is pretty free form – in other words, great for if you are lazy like I am and glaze over games that require set up like they aren’t even there. Also great if you have cleaned up exactly 100.2 messes, done 3 loads of laundry, and cooked 3 meals today.

Basically, it is just a plain old guessing game. The beauty is in how many concepts you can squeeze into this one game – imagery, sensory, and other descriptive word usage, as well as purpose and audience.

Okay, you do have to set up one thing. The cards to draw from. Since this is for kindergarteners, you may want to use pictures. They can be anything, and you can cut them out of magazines if that’s easier than drawing them out. Throw them in a hat, and the game begins.

Technically, you could skip that and just let each person think of a word and give clues, but my kids steal my chocolate… trust issues.

Take turns picking a card and giving clues to get the other person to guess who, what, or where you are.

And that’s a wrap, folks!

Put these fun kindergarten writing games together with manual writing skills practice – no writing “A” 100 times though! The best things you can do are to just let them write whatever they want. Write whatever words they want for them, so they can copy.

Common themes around here are poop, butt, and goofy names for brothers and sisters. Let them trace letters in sand or salt or use other sensory ways of forming letters – painting is a fun one! Finally, caption all of their art for them until they get interested in doing it themselves.

With these kids’ writing games, you will have a little Shakespeare on your hands in no time.

5 Kindergarten Writing Activities to Excite Your Child to Write Today! 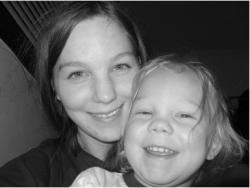 Danielle Rhymes creates educational content for the Atlas Mission. She is a stay-at-home mom who is passionate about education. When not chasing down or instilling life lessons in little ones, she also enjoys crocheting, chocolate, and Good Housekeeping.