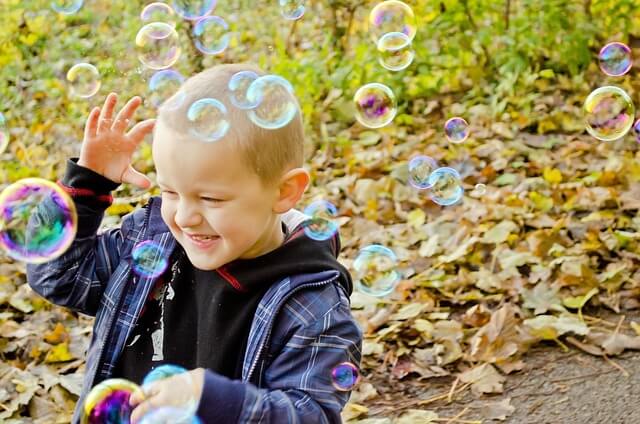 Download your free copy of the Atlas Mission – the ultimate learning game for kids.

Last summer I was given the mission of developing kindergarten science projects for a summer camp.

There weren’t any problems – except the camp had a limited budget, which is a kind way of saying no money, and whatever was in the closet few supplies.

Did I mention about three dozen kindergartners registered and I had only days to prepare their kindergarten science projects? No biggie.

After the camp director picked me up off the floor, I got to work. I frantically searched the internet for projects for kindergarten scientists.

I wanted kindergartners to question what they saw, to make a guess what would happen next, to experiment, to see science in action and engage all five senses.

In short, I wanted kindergarten science projects that would rock their world.

Here are some of my favorite projects that you can try with your kindergartner today.

For these projects, you won’t have to do annoying things like getting into a car, going to a store, or spending money. These can be done with materials you may already have on hand.

You’ll get results similar to what I noticed during summer camp – smiles, giggles, a child critically thinking and the occasional happy dance.

This is a project that really pops! (Thank you, thank you, I’m here all week.)

Since corn syrup is a thick and starchy liquid, it strengthens soap, which weakens water tension, making bubbles last longer.

This is a great project but you can’t store last night’s vegan meat in homemade plastic. Trust me. I’ve tried.

When heated milk and an acid like vinegar are combined it curdles the milk, turning it into a casein plastic.

Download your free copy of the Atlas Mission and let your child play with this award-winning educational game. Your child will become better at science without even realizing it!

This project will make your five-year-old sing. It’s edible.

Heat breaks down the gelatin in marshmallows. Once cornstarch and coconut oil are added, it can now be re-purposed into play dough.

(*For this experiment, your scientist should wear protective eye gear.)

Once foamy “toothpaste” oozes out of the water bottle, it’s safe to touch.

Water “walks” from glass to glass because water will flow, even against gravity, into small openings and narrow spaces.

Adhesion to the wall of narrow spaces is stronger than the bond between liquid molecules. This process is called capillary action.

Kiddos discover how a fat layer keeps mammals warm. I knew fat layers had a purpose.

The vegetable shortening is like a seal’s layer of blubber and keeps it warm in freezing temperature.

This kindergarten science project will grow on you.

This project rocks because dried beans are seeds and most seeds will grow with exposure to sunlight and water. For best results soak your dried beans for eight hours before planting.

This science project is “egg-cellent”. (Sorry, I had to do it.)

The acetic acid in vinegar reacts to the calcium carbonate eggshell, making the eggshell dissolve.

The acid turns the calcium carbonate into the gas carbon dioxide – the eggshell becomes a frothy layer of bubbles around the egg.

P.S. Did you know that the Atlas Mission is the only educational game that teaches your child ALL the skills they need to succeed in the 21st century?

Use the button below to download your free copy:

Atlas Mission – the new educational game for 3-7 year old children that increases their awareness of other countries and cultures.

Ellen creates educational content for the Atlas Mission. When she's not reading children's books, she's writing her own. A happily married vegan, you can find Ellen teaching or blogging about kids books somewhere in New York City.

Atlas Mission: the award-winning educational game that parents of 3-7 year olds are raving about…