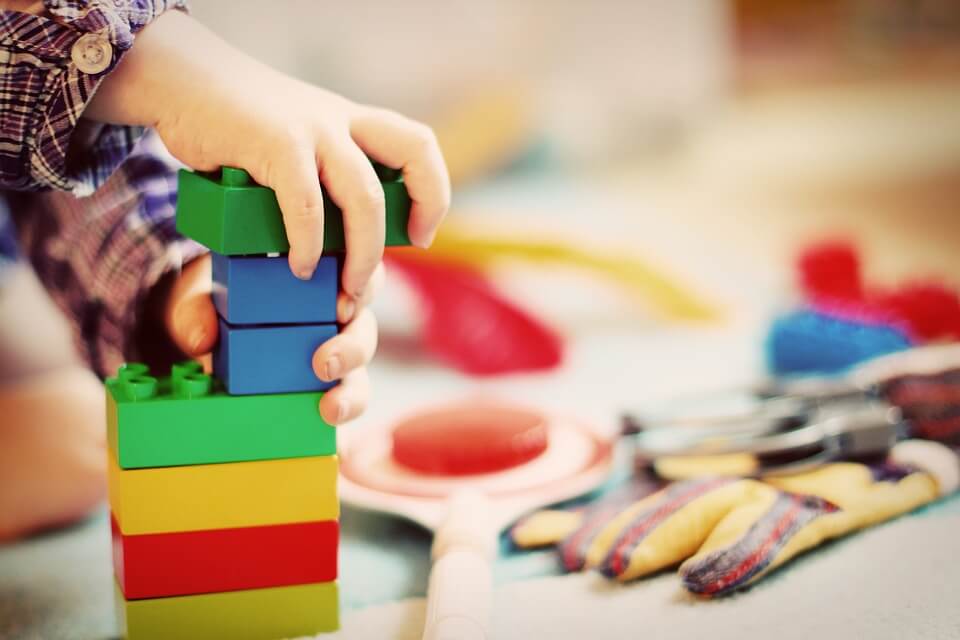 But that will not deter me from teaching math to my little one. After all, math teaches logic and order and my baby could do with a little of both of those.

Moreover, it is said that the earlier you expose your children to the world of shapes, numbers and patterns, the better are their chances of becoming a master of the subject.

But when your preschooler struggles to pronounce ‘breakfast’ properly, the mere thought of introducing math is enough to give you the chills.

Or so I thought until I stumbled upon these fun hands-on activities for preschoolers that made learning super fun for my little darling, that too without giving me a panic attack!

Children love to roll dice. At least mine do. So I decided to use it to teach my child number recognition with a fun preschool number activity.

I made six sticky notes, numbered them 1 to 6 and pasted them on the floor at a distance of about two feet from each other. Then I asked my little one to roll the die.

If she got a 4, she had to go to the sticky note numbered 4 and jump on it 4 times. Needless to say, with all that rolling and jumping, she had a whale of a time.

Who knew one could use M&M’s to give their child a lesson in math! Go grab a packet of these colorful sugary delights and ask your child to sort them according to their colors.

Ask questions like how many red ones did you count? Eat 2-3 of those and let him count again.

If a ruckus follows, let him eat a few of the blue ones and ask him to count the remaining.

This is a fun activity to teach little ones shape recognition. Take four sheets of paper and draw four basic shapes on them – circle, square, triangle and rectangle. Paste them on four chairs.

Now ask your tiny tot to bring one object from the house that resembles that shape and put it on the corresponding chair. Mine brought a cushion for square and a Lego brick for rectangle and a cookie for circle.

Since she couldn’t find any triangle shaped object after searching for about three minutes flat, she said, “I think a mountain looks like that but it won’t fit on that chair.”

Enroll your child for the Atlas Mission and let your child play with this award-winning educational program. Your child will become better at math without even realizing it!

Patterns are a real and necessary math skill that are quite fun to teach too. I introduced my preschooler to the concept of patterns through this cool activity.

Take decent-sized play dough and stick some craft sticks in it. Now to each stick, add two different colored beads and ask your little one to follow the pattern.

For example, if one stick has red and yellow beads, he has to add more in the same pattern – first a red bead, followed by a yellow one.

This simple activity is a great way to introduce older preschoolers to the concept of addition. You just need to make two sets of cards and number each of them 1 to 5.

Now give your tiny human one set and keep the other with you. To play, both of you should lay down the top card in your hands and then add the numbers on the two cards lying down.

The one who answers first gets to keep both the cards.

If your preschooler is losing all the games, no matter how slooooowly you’re trying to answer, just guide him on how to add numbers using his fingers.

Once he gets the hang of it, he’ll love to settle score by winning the rest of the games. And since you do not want to deal with a wailing child after all those mind-numbing additions, you’ll let him win.

6. Butterflies in a Jar

My little one looovvves butterflies! So one fine day, we decided to catch some and put them in a jar. Before someone gives me a lecture on how cruel that is, let me explain they were paper butterflies.

So I made quite a few small paper butterflies (that took a lot of time and patience given the fact I suck at art and craft skills) and scattered them all around my munchkin’s room.

Then began our one-minute activity fun! I asked her to roll a die. She had to pick as many butterflies as the number she got and put them in a jar. Then repeat.

At the end of one minute, we counted how many she had collected. It was an impressive 9 (let’s just ignore the fact that she got a six in the first go).

And then came my turn of collecting butterflies. No prizes for guessing who won! *see point 4 above*

This engaging activity is great to teach sorting and number/color recognition to preschoolers. You will need these things:

Color the paper cups so that you have a red cup, a yellow cup and a blue cup. Then color one side of all three pieces of paper with three primary colors and neatly fold them so that the color is not visible on the outside.

Ask your little one to roll the die and pick up one of piece of paper. If he gets a five and red paper, he needs to put five red beads in the red paper cup, and so on.

My daughter is just crazy about plush animals. I think she believes that any trip to the mall is incomplete unless we’ve bought at least one plush animal – even if it is a small teddy hanging on a key chain!

And when you tell her we already have dozens of those, pat comes the reply, “But none is as cute as this one!”

So understandably, her room is full of plush toys, and I decided to put them to good use. I took ten of her favorite animals, pasted number slips on them from 1 to 10 and hid them at different places in her room.

Then I asked her to find all of them. The only rule was that she had to start with #1 and had to find the rest in order. For example, if she found #5, she had to leave it there until she had already found out #1 to #4.

So you see, teaching basic math skills to your tinier versions isn’t all that tough! Enjoy these exciting hands-on preschool math activities with your kiddos and thank us later for all the fun you’re sure to have! 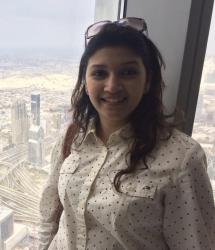 Pooja Jain creates educational content for the Atlas Mission. She is a mother of two sweethearts, a travel enthusiast and a self-proclaimed singer. On days she’s not busy running after her little humans, you can find her reading fiction while downing copious amounts of coffee.