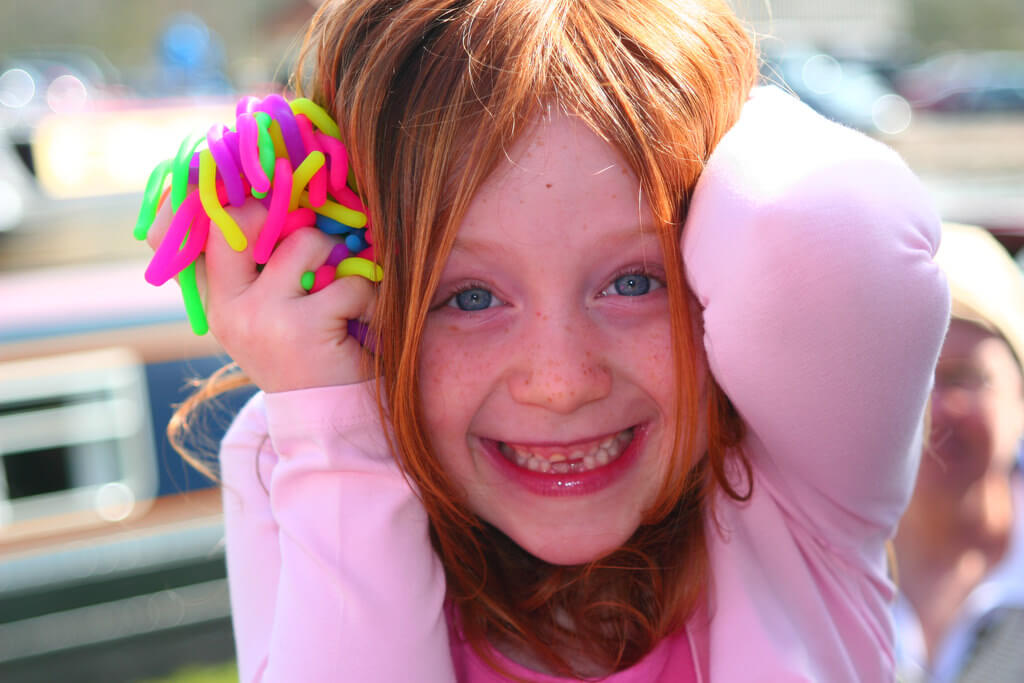 Download your free copy of the Atlas Mission – the ultimate learning game for kids.

It all started the day I found myself running through my neighborhood in my pajamas chasing a school bus that had the audacity to leave the bus stop on time.

It was in that moment that I recognized a painful scientific reality: objects in motion will remain in motion until something more forceful than a harried mom in a bathrobe stops it.

As a parent of a preschooler, there are only two guarantees: your children will teach you more than you teach them and some of those lessons will be painfully embarrassing.

While handling embarrassment well is not my forte, explaining Newton’s Law to my kids is the beginning of a breakthrough for me.

As I go through my list of cringe-worthy moments, I am seeing an abundance of missed opportunities to teach my children science so I’m swallowing my pride and sharing them with you.

These experiences have taught me so much that we’ve broken the list into two parts in order to capitalize on the science lessons they have provided.

I’ve also added some less humiliating activities if you prefer to teach science without the “flair”.

Embarrassing Moment #1: The Moment of the Ruthless Gravitational Pull

I stood anxiously waiting at the back of a massive crowd of runners to start my very first half-marathon. My three young children had gathered to watch, convinced I would win (bless them!).

As the gun went off I jogged up to the starting line, likely as most of the career runners had just about finished the race, and spotted my children jumping up and down cheering me on.

I turned away from them and immediately had to hurdle a giant pot-hole.

I thought I was clear, but alas, not so.

My foot came down on the edge of the hole when gravity vicously pulled me sideways onto the asphalt where I rolled until I skidded to a stop in a position that should only be reserved for pugs in need of a belly rub.

Thankfully, only a thousand people witnessed this demonstration of gravity I provided my children.

No worries, it just means it’s time to teach my children science, and it turns out that gravity is fascinating to preschool minds!

If you aren’t inclined to accidental public displays, this quick activity will have you teaching the science of gravity without the red face:

Before starting the activity, explain to your child that the center of the earth is really strong because of something invisible called gravity.  When something tries to leave the earth, gravity likes to pull it back. This means that anything that goes up in the air also has to come back down.

Exploring the Science of Gravity

It’s likely your child will get excited about this so run with it by experimenting with dropping toys of different weights and observing how they fall.  Or let him bounce on a trampoline and feel the gravity pulling him back down.

If necessary, feel free to extend the activity throughout the week by shaking your fist at gravity whenever you — I mean your child — trips and falls. You know, just to really drive home the point.

Download your free copy of the Atlas Mission and let your child play with this award-winning educational game. Your child will become better at science without even realizing it!

When I was little I watched in awe as my usually composed mother tossed noodles at the ceiling.

She did this regularly when cooking spaghetti and I grew up thinking it was normal to test noodles for doneness by throwing them at the ceiling and giggling as they fell back down to the kitchen floor (not done).

Fast forward a few years and I am a young mother of 2 clingy preschoolers who turn into sobbing wet noodles themselves whenever dinner hits the stove.

So this day I turned on music and started to distract my children with the classic dance move, Running Man in Mom Jeans, as I chucked my spaghetti noodles up to the ceiling.

My husband walked in right about the time I hit my spin move and a couple of under-done noodles rained down at his feet.

I pretended I wasn’t embarrassed when he peeled a noodle off my daughter’s back during dinner that night and when my mother-in-law came a few days later and asked why we had noodles stuck to our ceiling (those were done — proof I finished dinner).

Instead of feeling ridiculous, I’m going to pretend that I used this experience to teach my children science as I should have.

Since it turns out that my mom (and I) fell for a culinary wives tale, this time we are going to learn to make our spaghetti dance on its own — sans mom jeans:

*If you don’t have Alka-Seltzer, baking soda and vinegar can be used as a substitute.

Show your kids that the fizziness the Alka-Seltzer creates when it hits the water is actually lots of tiny gas bubbles. The gas is carbon dioxide which is the same gas that we breathe out from our lungs, but different from what we breathe in (oxygen).

When the carbon dioxide bubbles are released, the gas molecules are looking to latch onto something so they grab the spaghetti sending it floating to the top.

Then the bubbles release into the air, and the heavier noodles sink to the bottom to wait for another bubbly dance partner to latch on and shake them to the top.

The year I was wrestling with three children under six plus a growing baby belly to compete with Captain Hook’s sidekick Mr. Smee, I thought it would be a fantastic idea to invite our new neighbor and her children over for lunch.

I chose to show off my culinary expertise by crafting my specialty: PB&J.  I thought things were going well until it came time to return the jam to the fridge and I realized the lid was missing.

I did a sweep of the counters, the floors, and even accused a child or two of swiping it, before the excruciating discovery was made.

My children, giggling loudly, pointed out that the lid had stuck itself right smack in the middle of my round tummy giving new meaning to the term: Jelly Belly.

One way to play with sticky science is by peeling a jam lid slowly from my rotund abdomen amongst peals of laughter from five children and a new adult friend, but there are other ways if you so choose.

Like myself, preschoolers have a magnetic attraction to anything ooey, gooey, or sticky.  One of my favorite ways to encourage sticky play is by making slime. There are so many recipes out there, but for me, simple is best. This colorful globby recipe uses only two quick ingredients:

That’s it!  Regular glue can be used, but then there are no sparkles (sad!) and you’ll need to add food coloring for color.  Also, please make sure your preschooler doesn’t eat their slime!

The gooeyness your child is blobbing all over is the science of Polymers and Non-Newtonian fluids.

Polymers are chains of molecules made of even smaller repeating units. When you pour the glue and it has a long slow stream, it’s held together by this molecular chain.

Non-Newtonian fluids are not really solid or liquid. When you mix the starch with the polymer (glue) the molecule chain meets new molecules to buddy up with and they bond together to make an even thicker, globbier chain.

This creates the non-Newtonian fluid of slime that will goop and flow, but not liquidize.

It’s like red-rover. When child (molecule) runs to the other team and doesn’t break the (polymer) chain of friends on the other side, those friends just add the child to their chain making it wider and stronger.

Oh! I forgot Step 3: Take your child to the playground to show off their new vocabulary of polymer and non-Newtonian fluids. We don’t suffer these embarrassing moments for nothing, after all!

P.S. Did you know that the Atlas Mission is the only educational game that teaches your child ALL the skills they need to succeed in the 21st century?

Use the button below to download your free copy:

Atlas Mission – the new educational game for 3-7 year old children that increases their awareness of other countries and cultures.

Jodi Burnett creates educational content for the Atlas Mission. In an earlier life, she used to write the parenting column for a leading regional newspaper, the Tremonton Leader. She now spends her days researching educational methods, playing with microscopes, homeschooling her 4 children, and having a crazy time learning out in the world alongside her kids. She lives near the gorgeous Wasatch Mountains in Salt Lake City with her husband, 4 children, and a chubby snorting pug.

Atlas Mission: the award-winning educational game that parents of 3-7 year olds are raving about…