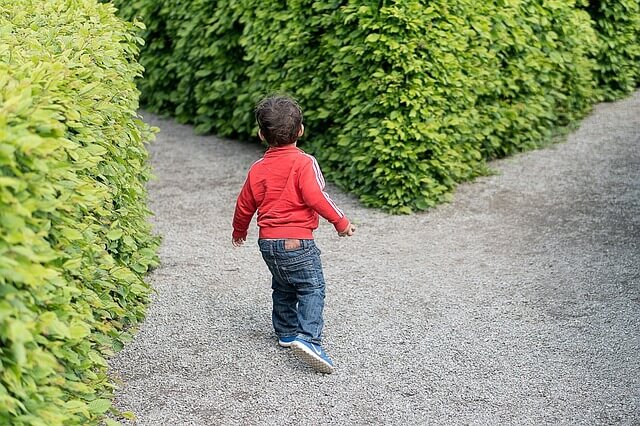 Yesterday, I asked a group of five-year-olds to write a number expressed in three different ways.

Excited to show off their pictures and number sentences – the way I would show off designer shoes for 70% off – they got right to it.

Soon the classroom was filled with that happy sound of children working and thinking hard. But, I also heard another sound.

One of my kiddos scribbled over her work, and in frustration, punched holes through the paper with her pencil.

When I asked what was the matter, her crying turned into a meltdown.

A meltdown is never good.

I’d rather have my teeth cleaned by Orin Scrivello than be caught in the middle of one.

As I was calming her down and silently praying for Calgon to take me away, I had three thoughts.

1. Kids need to learn to persevere.

3. And if Calgon did take me away, would it ever bring me back?

So try out some of my favorite kindergarten problem solving games. They don’t require wires or batteries – which means you won’t have to add an extra task to an already-too-long To-Do list.

Fewer tasks saves everyone from meltdowns… and visits to fictional dentists.

Tangram is a Chinese puzzle. It is a problem solving game used to enhance Math skills and consists of seven shapes.

The Tangram – a parallelogram, a square, and five triangles – is used to make other shapes and forms.

You can start off with puzzle boards that have the shape outline traced within the form.

As your kiddo gets the hang of it, you can take it up a notch with puzzle boards that are just a form.

It takes real brain sweat to figure out how to fill out some puzzles. Letting your problem solver struggle a little will build up her perseverance, making her a grittier kid.

Enroll your child for the Atlas Mission and let your child play with this award-winning educational program. Your child will become better at problem solving without even realizing it!

Sudoku is a Japanese puzzle in which numbers are inserted into a grid.

The object of the game is to arrange the numbers in such a way that they only appear once on a vertical or horizontal line in the grid. Diagonal repetition is okay.

In Shape Sudoku you use shapes instead of numbers. You will need a 3×3 or 4×4 grid to start off. Choose three shapes – I chose a star, a circle, and a triangle. 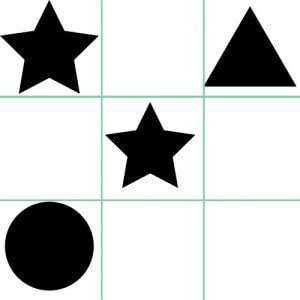 Hearts, squares, rectangles, and other parallelograms can be used later in more challenging games.

You can make shapes to fill in two or three squares, making sure the shapes do not repeat horizontally or vertically.

Let your little one take a crack at it – mixing shape patterns to fill the grid.

What makes this game so awesome? Kids never get bored with it. The puzzles start off fairly easy to solve but prove to be more challenging when kiddos take on 6×6 or 9×9  grids.

Although it’s not technically a kindergarten problem solving game, there’s no denying that painting with primary colors is a stellar opportunity to practice solving a problem.

On a paper plate, set your kiddo up with a dollop of blue, yellow and red paint. Give him the task to make orange, purple and green.

It’s best to use two paper plates – one for primary paints and the other for mixed paint colors.

It may take a few tries, but you’ll have a happy colorful problem solver when it’s all said and done. Also, your kiddo’s work area will look a lot like a crayon factory explosion.

Worth every messy minute, but I figured you’d appreciate the heads-up.

Making up sequence cards with your kiddo is the best way to create them. For this game, you can write sentences or draw or print out pictures.

I like to ask my problem solvers about simple tasks – like making a peanut butter and jelly sandwich – and what are the steps they should take to make it.

Each task gets 5 cards. You should have about 20 index cards and four tasks.

Your four tasks should be something your problem solver can do on his own.

Each task is written on a different index card.  Here’s an example of a set of cards:

How to Make Chocolate Milk

Mix up the index cards and hand them to your problem solver. It will be your kiddo’s job to put the tasks in the correct order.

Here are some more task examples to put in order: making your bed; brushing your teeth; walking the dog. Now, only if I could get kiddos to do these tasks in real life.

At first, I thought my kindergartners might be too young but I have been shocked at how well they do at themed alphabet games. They do better than I do!

But just to be fair no one should have to remember animals that begin with the letters X or Q.

And who was the meany that said no Dr. Seuss words?

I’ve played themed alphabet games plenty ‘o times with kindergartners and it’s fun, not overwhelming for them. They’re excited about talking about animals and thinking about which animal will be called next.

They can definitely handle it.

To play you pick a theme – like animals, for example. Starting with the letter A you go around and each child shouts out the name of an animal in alphabetical order.

Each child gets five seconds to think of an animal. If they can’t, they are out. The last remaining player wins the game.

The first round of an alphabet game with young children is usually rough. By the second or third round, your kiddo will get the hang of it.

They can be tough competitors, though. They won’t give a freebie even if you haven’t had your coffee yet.

Your kiddo will love these kindergarten puzzle games because problem-solvers love a challenge. These activities are sure to give them one.

Ellen creates educational content for the Atlas Mission. When she's not reading children's books, she's writing her own. A happily married vegan, you can find Ellen teaching or blogging about kids books somewhere in New York City.