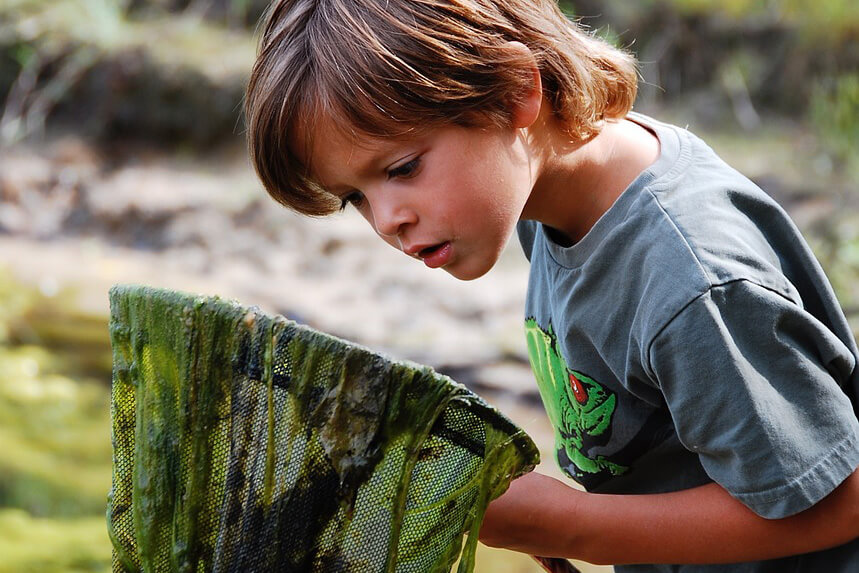 When you first held your angel baby, it never occurred to you that you had a science mastermind on your hands. Scratch that — those wild tufts of post-nap hair made your little one resemble Einstein, but that was the only clue.

No sooner do children come into the world than that inherent love for science becomes all too apparent.

As a toddler, your scientist experimented with gravity as he pushed things over the edge of his high chair, he transformed into a researcher as he emptied out your pantry to catalogue its contents, and he became a frenzied ornithologist as he imitated the birds chirping happily nearby.

Now at preschool age, your little one is a seasoned science ace. Keep the fun going and help your child reach for the stars with these 10 ways to supercharge his science skills.

Children have the tinkering tendency down and are willing to do it with anything that’s lying around. Ask your headphones, they know.

Their adult counterparts – inventors – require fancy (and often expensive) materials to dismantle and create anew. Not your precocious babe!

All you have to do is step back, be supportive and hide your disbelief (or disgust) as your child chooses to pair those vase fillers with his play dough to make a confusing creation.

2. Promote him in the kitchen

For you, being in the kitchen is something you have to do. For your child who is fascinated by the clanking pots, the tantalizing smells and the incomparable sights, it’s all a rousing science show.

In the kitchen, your child learns about chemical reactions as aromas and solids are permanently transformed.

Give your child a VIP ticket to the action by giving him a role in it all. Something as simple as tossing in the bouillon and watching what happens or cracking an egg will teach him about cause and effect.

And if you have a sous chef in the making, that, friend, is a win-win.

Your child comes ready-built with some top-of-the-line investigating tools – i.e., his body.

Those little legs are useful for measuring distance as they hop, jump and skip to their targets. Those hands, primarily used for high-fiving, double as support beams as your child tries to somersault and cartwheel on.

“Let him fall” doesn’t mean let your precious one plunge to an ER-worthy fate. It means, let him explore with his body without engaging in a drama show with every boo-boo.

This helps boost your child’s self-confidence and will ensure he has fun while making all those neat new discoveries.

All parents have a sixth sense. They see germs nobody else does.

When we react with “Eww, that’s dirty.” our judgment weighs heavily on our children and discourages would-be scientific analysis.

Let your little one make a mess sometimes. And keep that antibacterial gel (or hose) handy for afterwards.

We sometimes fall into the Narrating Nellie trap of “I have to be over there to explain what’s happening otherwise my kid will understand nothing!”

It’s true that we are experts in many things, but it’s good to let our children do some figuring out of their own. Stand back — more than an arms length — and hold your tongue.

Rest assured, Newton’s mom was not by his side asking, “Honey, what must that apple falling on your head mean? It rhymes with shravity, dear!”

6. Turn whys on their side

If you had a penny for every “why” you heard today… you’d be a metallic-wreaking mess.

Instead of tuning out or telling your child the truth (that you have absolutely no clue), turn the questioning back to her. Encourage your researcher.

Asking her why she thinks the sky is blue will upgrade her researching ability with the added benefit of learning to hypothesize, or come up with her own educated guesses.

This type of hands-on investigating reinforces the scientific process and gives your little one practice with classification.

Let your child inspect produce. Have him help you sort beans. Hand over the whisk and have him mix cake batter. Challenge him to get that kink out your neck. Ha ha. That wouldn’t work. I’ve tried.

An easy way to help your child learn about volume and gravity is to allow her to pour and transfer different materials.  She can spoon cereal from one bowl to another. She can pour water from small containers to large ones.

As much fun as it is to relish in your little ones hysterical giggling from spilling water, make sure you contextualize the utility of this skill in everyday life.

And hope that your child’s next transferring promotion will involve the mountains of clothes during laundry day.

You feel a gust of wind in the hallway and you hear the patter of tiny footsteps as your little one stealthily sneaks the linens from your bedroom. Your living room is about to undergo a home makeover, courtesy of your resident interior designer.

Every time your child builds a fort, she is hypothesizing about what materials work and what forces are at play when she considers the many aspects of creating a stable construction.

Don’t just stand there. Get in on the fun!

Children’s imaginations know no boundaries. And that’s exactly what makes them the best scientists.

Yes, this ability is also what makes many a parent quizzically lift an eyebrow as they listen to their child’s explanations of how water gets into their house.

You know your science fiend is dead wrong but you can’t keep thinking, “This kid!”

Let your child strengthen those creativity and reasoning muscles as she comes up with various theories for how things work, no matter how outlandish they might seem.

She’s learning a good science lesson about ingenuity and perseverance. Keep in mind that it took Thomas Edison 1,000 failed attempts before stumbling upon the light bulb.

FYI, Edison had a nice head of neatly combed hair. Thankfully, the stereotypical image of a scientist with a head resembling a truffulla tree (à la Einstein) isn’t a requirement. 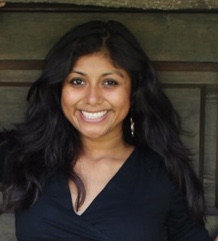 Alma Kenup creates educational content for the Atlas Mission. She is a kindergarten teacher with a passion for traveling, learning and making a mess alongside her children. When she isn't seeking out new adventures for her family on different continents, she can be found inspiring the young minds of children from the various countries she's called home.